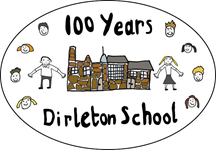 Click on the links below for further information about the school:

Dirleton Primary School was built in 1912 to take children from the village and the surrounding countryside of East Lothian. Previous to its present location, the school was housed in buildings next to the Dirleton Kirk but with numbers increasing to over 100 in 1910, new purpose built premises were commissioned on Castlemains Farm, which was then part of the Archerfield Estate. The school now has a role of over 80 pupils and in 2012 celebrated its centenary.

Mr Brian Moody, previously the deputy Headmaster at St Joseph’s Primary School in Edinburgh, took over the headship in 2013 and has overseen recent refurbishments, creating some much needed space as well as updating the existing facilities. The school has an excellent website which is mainly run by pupils: www.edubuzz.org/dirleton and is well worth a visit to get an idea of some of the exciting projects the pupils undertake. Recently pupils have launched Dirleton Matters, a newspaper which aims to establish links with the village by reporting on local events and interviewing villagers for short articles.

An excellent account of education in the village and the formation and history of the present school can be found in Dirleton Primary School by John Fergie, which is available from several booksellers in North Berwick

The secondary school for Dirleton is North Berwick High. School.